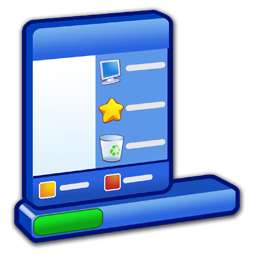 I was in the middle of some brute force app attacking testing when my Windows system itself came under attack. I hastily allowed some Adobe update program to run. Turns out it was some malware masquerading as an Adobe update. I found a program which kept asking me to allow it to do something to my computer. It would not go away.

My task manager was disabled. All the icons on my desktop were gone. All the items in my Windows start menu had also disappeared. I could not use Windows Explorer to browse to the location where the rogue program was at. Damn this was a serious virus.

I did get to the command prompt. From there I ran the Windows registry editor. I changed the entry that disables task manager. With task manager back, I could kill off the malware process. Then I saw the real damage that had been done.

This rogue app had made almost everything on my hard drive hidden. Therefore I could not see any files and directories. The directory that contains my start menu items was hidden, as was my desktop (which contains all my icons). The developers of this malware were pretty damn smart. This just reminds me that I need to do a better job of backing up the source code of my ongoing projects.