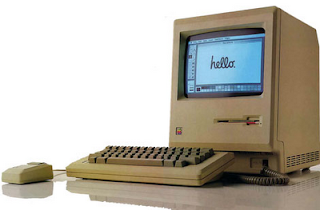 I heard about a new Android app which emulates an old Mac Classic computer. The program is called Mini vMac. I decided to do some research on the project. Everything seems to have started back in the 1990s. Phillip Cummins created the vMac project. It was a Macintosh hardware emulator. A simpler version called the Mini vMac was created to emulate the Mac hardware.

Recently the Mini vMac for Android was released. It emulates the hardware for a Mac Plus computer. You got to supply the ROM image on a disk file. You also need to supply the actual Mac OS. This program is distributed for free under the GNU GPL. Upgrade to the Mini vMac II for $2. This upgrade emulates a Mac II. You can run 68k Mac apps on this paid version.

If you want to really go large, I hear the Basilish II is a more powerful Mac emulator. It emulates the 68040 Mac. This program can run up to the Mac OS 8.1. The Mac vMini only supports System 7. Then again the Mac vMini can be fun. There was plenty of shareware and freeware from the old days such as Core War, HyperCard, and Risk.

I read this rant about some malware called Flame being lame. This article was served up by F-Secure. The more I read, the more I liked Flame. This is no weak one trick hack. They got all kinds of stuff in their program. They should. The footprint is apparently huge.

Flame does SSH and SSL. It also runs code written in Lua. Flame can scan the files on your hard drives such as Word documents. It then extracts snippets of those files to pass back to a human for review. That way they can hone in on the valuable files without having to transfer lots of data.

Not only does Flame transport back document snippets, it sticks them in a SQLLite database. Oh yeah. Flame also does some other tricks like turning on your microphone and recording you. It will use GPS info from camera images to figure out where you are in the world. Flame will connect to your Bluetooth phone to grab your address book off your phone.

Flame replicates it messaging data on your USB sticks. It detects when you detect the malware, and then tries to hide itself. Flame also intercepts and hacks Microsoft updates. The list goes on. Sure some of these techniques might have been used before. But Flame is the juggernaut.

Not sure what the hell F-Secure is talking about. Flame is not lame. It rules. It owns.Maybe F-Secure is embarassed that Flame was out there undetected for years. Heh. 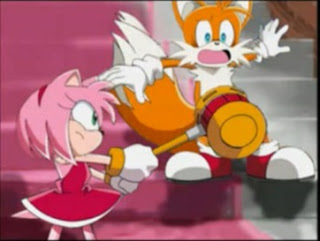 I do software development for my company. Not involved in security for my firm. We somehow got our systems hacked. What was the response? Now we need to change our passwords frequently. Oh snap. Security fail. It is almost comical.

There was a cool service set up by some security folks. This is the PwnedList. They collect email addresses that have been compromised by hackers. Those addresses are fed into their databases. You can easily look up whether your own email has been hacked on their site.

Strangely enough, my own email was not listed as compromised. That just means nobody included my email and password in some data dump online. Good to know,.