Dennis Ritchie passed away this week. In case you were unaware, he was the creator of the C programming language. He also was one of the creators of the UNIX operating system. Damn. That is some resume. Dennis was one of those early pioneers of computer science in the 1970s whose work affects a lot of us coders.

Have you ever heard of the K&R book of C programming? The R stands for Ritchie. Yep. He invented the language and wrote the seminal work on it. I measure all programming books against the K&R book. The rest usually do not even compare. How can you get so much info in such a small book? Elegance.

Hats off to you Dennis. Rest in peace. 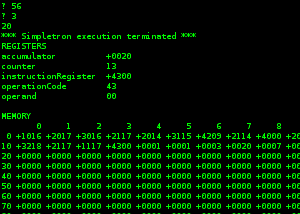 I have been taking a community college class on advanced Java. The instructor is experienced in Java and that helps. However our text is a Deitel book that just can't seem to explain these advanced concepts to me successfully. I feel ripped off because the book cost me $130. Now I still read the chapters each week and work through the exercises. But I find myself googling around to figure out what the heck is going on.

The latest chapter was on common structures like stacks, queues, and lists. We got into the internal implementation of these structures. I worked through almost all the exercises in the back of the chapter. I was pleased with a calculator app that used a stack to convert math expressions to a format the computer could read. I was amazed that such little code could figure out complex expressions.

The last exercise in the chapter was to build a compiler for the BASIC programming language. Damn. That's a tall order. The problem was that this task relied on you finishing some exercises from previous chapters. Our advanced class had skipped over those chapters so I did not do them.