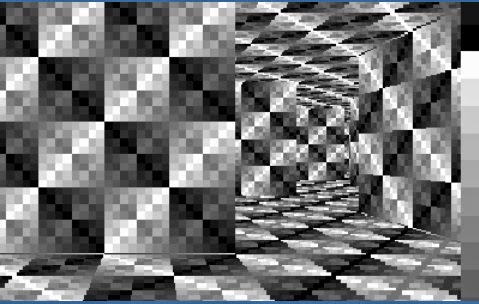 Someone released a 128 byte demo namd Wolf128 the other day. They tagged it as being done by Red Sector Inc. The demo is very cool. I have no idea how it could be implemented in 128 bytes alone. The real story is that people took offense at the work being credited to Red Sector Inc (RSI).

Sometime later the crew joined forces with with a group called TRS. Collectively they were then known as Tristar Red Sector Inc, or TRSI. Yeah. I know. Who cares right? Well apparently TRSI alumni do. Nevertheless, the demo is cool. Check out the Wolf128 page.