Previously the LulzSec hacker group announced that they were disbanding. Some think that authorities were getting too close to their identity. Others speculated that they ran out of the easy hacks. Well that all came to an end. The LulzSec has struck again.

Team Lulz hacked The Sun newspaper. They redirected the Sun's web page to their own Twitter account. Mischevious. It seems a little less hard core than their past exploits. Maybe this is just one of the team. Or perhaps it is the work of some other LulzSec wannabes. 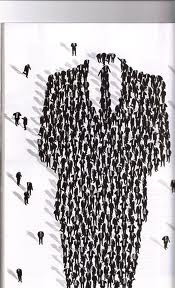 I just saw an announcement from the group known as Anonymous. They infiltrated government contractor Booz Allen. Their main score was 90,000 email addresses and passwords. Anonymous claims these email accounts belong to military personnel.

Anonymous found a Booz Allen server that had no security on it. They proceeded to install a shell program that got down to business. In addition to the emails, they found tons of source code which they deemed worthless. LOL.

This is touted as a score since Booz Allen does defense contracts and homeland security contracts. One would think such a company runs a tight ship. Anonymous says they sunk the battleship, finding its defenses lacking. No matter what you think about their tactics, you got to give them props for their byline:

We are Anonymous
We are Legion
We are AntiSec 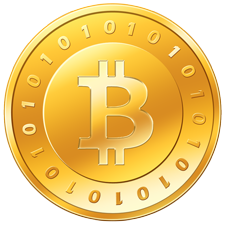 I read a fantastic story about a guy who claims his computer got hacked. No big deal, right? Well he claims that the hacking resulted in somebody stealing his bitcoins. There were a lot of them. The total value amounted to $500,000. The owner blames Microsoft Windows for the theft.

There was a lot of discussion in the Bitcoin community about this claim. How could they stop the selling of so much Bitcoin? What would be the effect on the Bitcoin market? Is this story for real? Some people doubted the facts. Things sounded a bit fishy. I myself thought that it could be true. I never did find out any proof about the alleged theft. Other commenters wanted some proof.

Move forward and we find that there was a run on the Mt. Gox bitcoin exchange. It caused a crash. Tons of bitcoins were put on the market for sale. This drove the value of a bitcoin from $17 to a penny. The exchange declared that it was going to roll back the transactions. Some who profited from the drop publicly groaned. The exchange justified this by stating that the crash came as a result of a theft. Once again the call was made for details and proof of the theft.

Finally I see a public announcement from the Mt. Gox bitcoin exchange. It appears an admin account was compromised. The person assigned themselves a large amount of bitoins. Then they went to town trying to sell them all. They got away with 2000 bitcoins. The exchange said they would eat this loss and that security has been improved. However the exchange seems to have backed away from the story about somebody's personal bitcoin wallet with tons of bitcoins being stolen.

I recall one guy who heard the initial story about a computer being hacked and tons of bitcoins being stolen. He postulated that maybe nobody's wallet was stolen, and that the exchange had an account that was hacked. Bamm. Right on target. Perhaps this person had insider info. Whatever the case, I find it odd how the story has changed from the exchange. I am glad I don't have any money in Bitcoins.