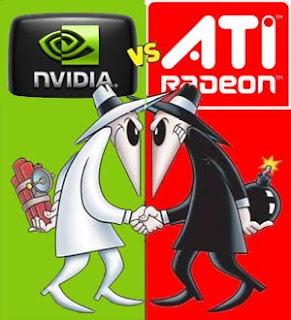 There is a hot trend out there to get high performance from your code. Run it on your graphics card hardware. Nvidia has released their CUDA architecture which let's you do this easily. You write your code in the C programming language, along with some extensions provided by Nvidia.

You need a GeForce style card to use CUDA. The card itself has a number of multiprocessor. Each multiprocessor has a bunch of cores on it. The cores handle different threads executing in parallel. This can give you 10 times the performance of your normal CPU.

Nvidia distributes both a toolkit and software development kit for the Linux platform. You also need the gcc compiler. CUDA comes with a cudart runtime. You set up what CUDA calls kernels that run in separate threads on different cores. You use the local multiprocessor memory which is faster than your main system memory.

You probably already have sunk some cash on a nice video card. If you had chosen the Nvidia card and run Linux, you can take advantage of some very high performance GPU programming.