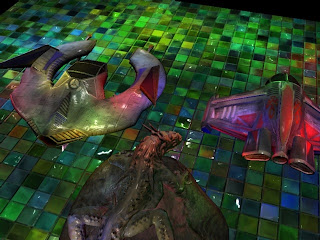 Have you ever seen those cool videos produced by computers? Well then you have experienced the demo scene. It is a type of culture where people with computers produce audio visual presentations.

The demos usually integrate a soundtrack with the graphics. They demos vary in length. However five minutes is very common. An important requirement is that the demo must run in real time on the computer. That is, you cannot preprocess the graphics, and later speed them up for presentation.

Demos are usually released as part of competitions. This happens mostly in Europe, where the demo scene is big. Many of the demos are produced by groups or crews. Personally I have been wowed by the demo scene products which are small in size. By small I mean the program that generates the demo has a very small memory footprint. I am talking as low as 256 bytes here. To put that in perspective, this blog post is probably more than 256 byes. LOL.