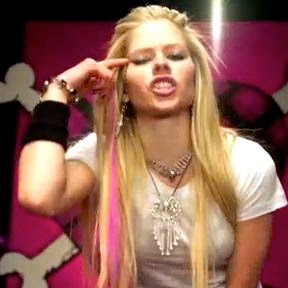 Last night I checked out the “Girlfriend Gets to #1 With Viral Marketing” post on the VOLTAGEblog. The headline was that that spot for the #1 video of all time on YouTube got hacked. Currently “Girlfriend” by Avril Lavigne holds the number one spot. Here is a link to the video: here is the link http://www.youtube.com/watch?v=cQ25-glGRzI

There is a good story behind how the video got to #1 of all time. Previously another video held the title for a couple years. Then the fansite Avril Bandaids launched an application that was rumored to make Girlfriend the #1 video. The goal of this application was to reload the video every 15 seconds. In that way, the small base of fansite members could run the application all day long.
YouTube already caps the limit of video views which count to 200 per day. Even if the fansite had a lot of members, launching the app and running it all days would make little effect on the position of the video in the rankings. The real scoop was that the press got wind of the idea that this fansite was hacking the YouTube rankings. As a result, people heard about the hacking and decided to take a look at the Girlfriend video. It was these users that catapulted the video to the top.

The genius behind this effort was that Avril BandAids had this viral effect in mind all along. They did not plan their users to make a dent in the video rankings. In the last few months there were around 100 million views of the video in YouTube. The fansite members maybe contributed about 100 thousand of these views. The fansite members work themselves had no material effect on the outcome. The viral marketing ruled the day. And that is what I call a true hack.