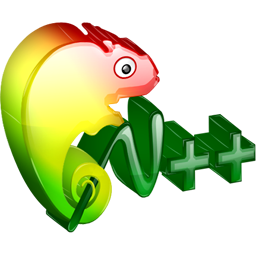 I just finished reading a post about the massive amount of plugins that are available for Notepad++. There were a bunch of them that sounded cool. The post states that these plugins can make developers ultra productive.

Notepad++ is a free application that replaces Windows Notepad. It runs only on the Windows platform. The app is released under the GPL license. It is written in C++, and uses raw Win32 calls plus the Standard Template Library (STL). This thing is fast.

Let's talk about the plugins themselves. XML Tools lets you edit XML files. The Compare Plugin shows you the difference between two files. Windows Manager shows the files you have opened in Notepad++. XBrackets Lite matches up brackets in your code. TopMost puts the Notepad++ window on top of all others always.