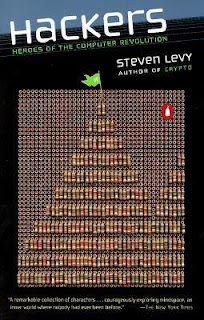 Check out a book online called Hackers : Heroes of the Computer Revolution. This book covers monumental events from the hacking world of the 1970's and 1980's. Let's look at the topics of some of the chapters.

Of course they need to talk about the Homebrew Computer Club. It was a meeting for electronics hobbyists. They first met in 1975. The meeting was held in a garage in California. Apple cofounder Steve Wozniak attended.

Woz gets his own chapter. He build his own computer before personal computers were around. It was based on the Motorola 6502 processor. Of course Woz worked with Steve Jobs back in the early days.

The book talks about the origins of Altair BASIC. It was created by Microsoft ihn the early days. The thing was immediately pirated, causing Bill Gates to write a letter to the thieves. This is the BASIC that was involved in the creation of the now defunct Doctor Dobb's Journal.