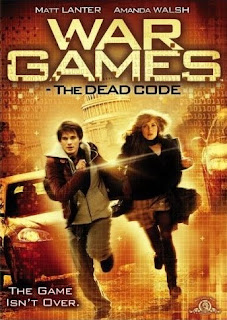 I am watching War Games 2, the movie. Started out looking like a serious B movie. There are no real stars in this thing. However there are some interesting ideas in there.

The government put a type of war games on the Internet. This game offered real cash for people who could get to level 5. However those who made it got targeted for surveillance.

The problem was that the computer that tried to get players and track them got smart. This program is called Ripley. Too bad it did not need human intervention.

I did get a few laughs out of the main character doing some hacking. He gained the trust of his neighbor. Then he used his neighbor's online banking account to "borrow" some cash.

The main character also dealt with stolen credit cards, and also some prepaid phone cards. The dude liked playing online games. He also was a true to heart hacker.