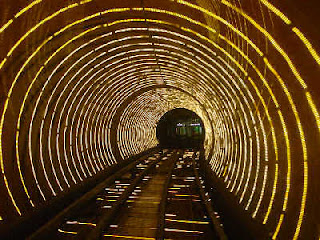 You would think that hackers would try to intercept network communications. However this is a difficult task if safeguards are used. Instead most hackers like to attack data at rest. In other words, they will try to get at data sitting on a machine, not stuff passing through the network.

If you want to encrypt email you send, there are two main options: (1) S/MIME and (2) PGP. MIME is an old standard that let's you attach binary files (like images) to email. S/MIME is a secure version of that protocol.

PGP stands for Pretty Good Privacy. It is a program written by Phil Zimmerman. There is a free version called GnuPGP. This program covers encryption and the storing of keys on your machine.

Let me close by talking about secure network connections. A VPN is a virtual private network. It let's you connect to a machine over the Internet. The encryption can be applied to just the data. You can also do tunneling where even the packet headers of the transmitted data as well. Popular tunneling protocols include IPSec and PPTP.

Next time look for a discussion on passwords, keys, and certificates.