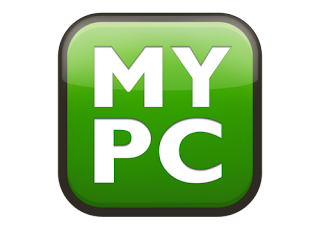 It seems like it is a small world in the remote desktop arena. Today I want to look at and talk about GoToMyPC. It is a solution developed by ExpertCity in 1998. It behaves like the pioneer PCAnywhere. Originally it required you to have a Windows machine on both ends. But now you can access a host machine running Windows or Mac. And the machine you use for remote control could even be an iPad, iPhone, Android phone, or Kindle device.

There are still some function like chatting that require Windows on both ends. But all versions support cutting and pasting text from the control machine to and from the host machine. You can drag and drop files between the machines. You can print to a machine either on the host side or the control side.

Here is some funny business. ExpertCity, the company that originally created GoToMyPC, was acquired by Citrix Systems in 2004. But Citrix Systems spun the product off later. In 2016, LogMeIn acquired GoToMyPC.

There are three tiers to the pricing for the product. The personal edition costs you $12 per month and is for a single user. The pro package is $23 per month and supports 2 computers and 2+ users. Finally the corporate edition which costs an undisclosed amount of money per year. Luckily there is a trial version, which I might take advantage of myself.

Here is how GoToMyPC works under the hood. You set up the computer that will be the host. That computer has a server that is always in contact with Citrix Systems servers. When you need to do remote control, your computer connects with the Citrix System server. That server already has a link to your host. To the firewalls and such it seems like this is a connection initiated by the host system.

All the communications are done using 128-bit AES encryption. Other platforms choose 256-bit encryption. Speaking of the competitors, TeamViewer is a free option. Strangely enough, parent company LogMeIn has a competing product too. Who knew you had so many choices to do remote desktop?