Using ncat as a Telnet Client 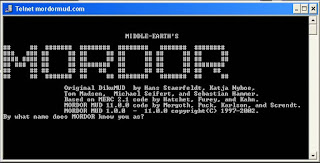 Next up on the tools I am trying to lean is netcat. They call it the Swiss army knife of networking tools. It is described as being like UNIX cat. But of course it runs over the network. Specifically it allows you to read and write to network connections. You can use any ports. You can use either the TCP or UDP protocols.

There are apparently multiple applications for netcat. It can do a rudimentary port scan. It can do file transfer. It can also act as a backdoor. Originally it was developed by "Hobbit" in 1995 for UNIX. There is a more modern implementation called ncat. Ncat adds things like support for IPv6 and SSL.

I downloaded ncat. Initially I could not figure out how to use it. Then I figured I would test it out as a client for telnet. Had to install a telnet server on my machine first. Ended up installing the free KpyM Telnet Server. Here is a hint for KpyM: they give you a registration key for free to remove the nag screen.

Initially I got ncat to connect to my telnet server. But it was displaying a bunch of strange characters. Was not sure if this was an ncat issue or a telnet server issue. So I got another dedicated telnet client installed. That client worked fine with my telnet server. Damn. I guess ncat will take some getting used to. Maybe a bunch of configuration to do.

So far I have not found much use for this ncat. Maybe as I get into network programming some more, I will find the need.