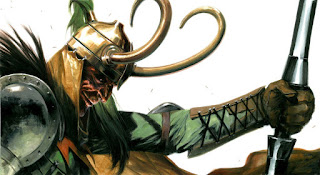 I have recently been made aware of lots of software. This is in the context of things that might compromise or help you punch through a firewall. So I have decided to go find said software and play with it. I figure the experience will be good.

First up on the list is Loki. This is a server on UNIX that lets you covertly communicate by hiding messages in ICMP packets. It is an old trick. Phrack magazine issue 49 from way back in 1996 introduced the idea. But it did not release the code or program.

Strangely enough, I was never able to locate the Loki program. Damn. How is a brother supposed to learn about this stuff? I know. I can roll my own version. I can write code. How hard could it be? Just got to study up a bit on ICMP, which I hope is fully documented. Then I am off to the races.

I think I am going to have to spin up a Linux instance somewhere to play with the software I find. Loki was for UNIX. And next I want to investigate netcat, which I presume is also a UNIX program. For now I can write my own Loki for Windows. But I can't write all the software. Who has time for that?