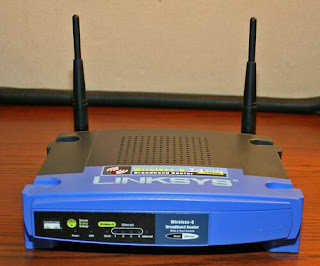 Recently I was reading an article from Wired on making money with open source hardware. It mentioned the Linksys WRT54G router in passing. This router was released in 2002. It was initially a $150 router. The firmware was based on Linux. You could do all kinds of tricks to turn the router into one that rivals a $1500 one. These changes include boosting the antenna power, making it a signal repeater, and create a mesh network. The point of the article was that the hacking of this router actually boosted sales for Linksys. I was more interested in the history of these modifications. I am pretty sure I have a WRT54G myself.

First let’s look into the hardware contained in the WRT54G. It has a 200Mhz MIPS processor. Specifically it is a BCM5352E processor from Broadcom. The versions of this model come with 16 to 32 megabytes of RAM, as well as 5 to 8 megabytes of flash RAM. You have the ability to add more RAM if you like. The router actually consists of a wireless access point, a switch, and a cable/dsl interface.

The more interesting part of the WRT54G is what runs on the processor. Prior to version 5, the router ran embedded Linux. This was later replaced with the VxWorks operating system. In order to comply with the GNU GPL, Linksys released the source code.

Note that any mods to the router void its warranty. This box has been called the most hackable router. The great part is that it is easy and free to do so. Most of this starts with upgrading the firmware. And there are many open source replacements which are free such as DD-WRT, OpenWRT, and HyperWRT to name a few.
You can run customer applications and scripts if you replace the firmware. A common change is one to boost the transmit power. By default the transmission is at 28 mW. However you can modify this to be boosted almost ten times that amount. Be warned that higher transmission power may cause overheating. I have heard that levels less than 100 mW work best. Apparently there might be laws as to how high you can transmit.

Knowing all this, I want to run home and tear apart my router. I am hoping that I have the right version which runs Linux. If so, get ready for a firmware upgrade. Who knows what kind of cool programs I can write to run on my $50 router.