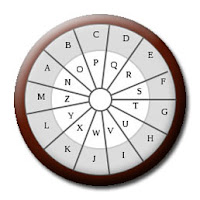 Today I spotted an apparent job posting over on Reddit. At first I thought the posting was written in a another language. Upon closer inspection, I figured they were just doing some encryption on the posting. The giveaway was the job title "Fravbe Fbsgjner Ratvarre". They put "Senior Software Engineer" in parentheses next to that job title.

The number of character in each word lined up. Then I saw that the letters E and then R were mapping to the same letters in the encrypted version. Wait. E went to R and R went to E. By golly, this is ROT-13 encryption, a very simple cipher.

The company is looking for what looks to be a junior developer (despite the title of senior software developer). They also want a PHP/Java/.NET hacker. That does not sound like me. Plus the salary is too low. However I found their ad pretty cool. Other Redditors were not as amused as me with the job posting encryption.