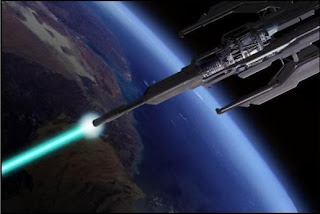 This is too funny to be true. Hackers from the 4chan site declared war on Tumblr. Their goal was to launch a denial of service attack on the rival web site. Their weapon of choice was the Low Orbit Ion Cannon (LOIC). The LOIC is a prog that you can use to flood a web site. The source code is actually available on SourceForge.

The funny thing is that you should be able to set up a filter to block any effects from the LOIC. Well any web site worth their salt should be able to defend against such child's play. Tumblr decided to launch their own counter offensive. They called upon their members to blast 4chan. The end result of this war was that both sites went down hard. LOL. You got to love some of the propaganda each site used to rally their users to join in the DDoS battle. This is great stuff if you are looking for a chuckle.