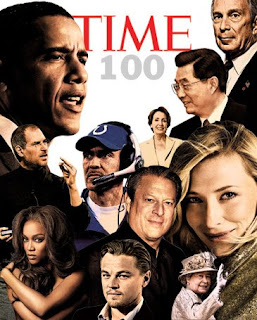 Have you heard the news of this hack? Time magazine put out an online poll of the most influential person in government, science, and technology. One of the founders behind the 4chan bulletin board coded an auto voting application. The result was that the founder got to the top of the rankings in the poll. In addition, if you take the first letter of each of the first 21 names in the rankings, it spells out “Marble Cake Also The Game.”

At first this seemed a bit random. There seem to be differing opinions on what this marble cake refers to. On the one hand it connotes something nasty. It also seems to be the name of an IRC Channel which put out a video against Scientology.

The real story here is the auto voting application. Time originally made it so you could only vote once from an IP address. However the 4chan dude was running IPv6. And it seems the Time site did not recognizes the IPv6 address correctly. That led him to write an app using Delphi which got around the restriction. It uses proxies to make it appear as if you are voting from different IP addresses. That sounds sweet.

I have heard some people say that Time really does not care about this hack. Last time I checked, the 4chan founder was still at the top of the rankings. However the first 21 names no longer spell out anything interesting. Maybe Time disrupted the order to show everyone who is boss. Or perhaps another hacker messed up the first hack for the heck of it.