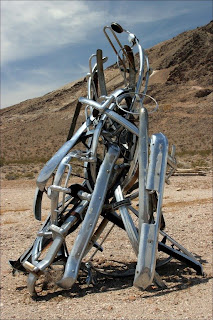 Previously I have written about my initial thoughts on Google Chrome. Today I was riding the train to visit some customers. To pass the time I read Information Week magazine. This week's issue had a couple articles about the Chrome browser.

First and foremost, the magazine acknowledged that Chrome is still in Beta mode. These days web applications are getting very common. To keep up with changes needed to support web apps, Google decided to roll a browser of its own. Mozilla just could not keep up given its lack of financial backing.

Underneath the hood, Chrome uses the WebKit rendering system. This is significant since Android also uses WebKit. Android is Google's phone browser.Co-found Sergey Brin of Google was quoted as saying that while Chrome may not be an operating system, it is a fast engine to run web applications.

Initial users of the browser like how it maximizes screen real estate by eliminating menu and buttons at the top of the window. I personally have not downloaded and installed Chrome. To tell the truth, I do not like how Chrome will automatically update and get downloaded frequently. People in large companies might also not enjoy the Google license that states they are free to advertise in the browser. Such is the trade off when dealing with a free product.