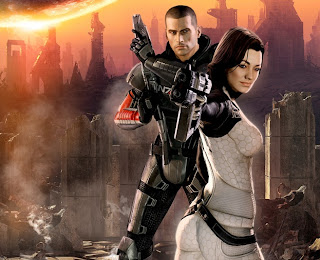 New York University student Joe Landolina has come out with an amazing product. It is called Veti-Gel. It stops bleeding immediately when applied. We are talking about 10 seconds or less here. You apply it to the wound. It holds its own pressure. You don't need to press down on it.

The gel uses plant polymers to get the job done. Joe calls this platform technology. It also helps to start the healing process. It allegedly can stop the bleeding from punctured organs. Orignally this was called Medi-Gel. That name matches the one from the Mass Effect video game.

This obviously has military applications. Joe is trying to get a grant from the Department of Defense. The Army already has a similar product calls QuickClot that it uses. Hospitals use another product that is similar.

Right now Joe is trying to get approval from the Food and Drug Administration. They will start doing tests on animals next. Joe has filed a patent for this breakthrough tech. Obviously this need to go through a lot of trials. Others call this in the early stages. But damn. This is exciting stuff if it is for real.