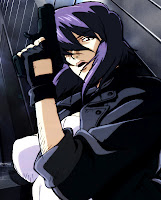 A group known as Team GhostShell has extracted a ton of student information from universities across the world. They even got to pretigious universities such as the ivy league schools in the USA. The hackers claim this was done to protest high university tuition rates. Not sure why they went after the personal information of students enrolled their though. Wouldn't you think they would target school officials or something?

Apparently the hackers used good old SQL injection to retrieve the data. Independent sources say as many as 36k student records were exposed. Some of the information was publicly available. However other data such as date of birth was also exposed. I checked out GhostShell's Twitter feed. They hit over 100 schools with their attack. I am now reminded that they shared their "findings" on PasteBin.